Consistency and repeatability in builds

A significant challenge in software development is to ensure consistency and repeatability; from building binaries, to running tests, to deploying in production, we strive to make sure that different people at different times will build the same binary, get the same test results, obtain the same application behaviour we do now.

This is very important because without repeatability bug reports become extremely difficult to address, we can’t trust a rollback to restore functionality on a broken application, we waste time debugging phantom problems (“works for me”).

Lately new concerns are starting to surface; for security-sensitive software (such as Tor, or Bitcoin Core) there is interest in so called “deterministic” builds (100% reproducible builds, down to the the single bits in the binary) so that anyone can independently verify the authenticity of binary distributions.

Ensuring repeatability throughout the development process requires to tackle different issues in each phase.

Moreover, several crosscutting concerns must also be addressed, among those:

Issues in the build and test phases

If we focus on the build and test phases only, we find out that there is a pattern of common challenges and issues in most projects we’ve met. Some of these are:

Complex environment setup: a lot of time is wasted in manual setup of both developer workstations and the CI system. Mistakes are also common, such as wrong versions of compilers, interpreters or build tools, incompatible libraries, missing packages.

Version conflict: keeping multiple versions of the same tools on one machine can be cumbersome, more so when we factor in the need for different runtimes and libraries for different projects (common examples are ruby and python are common, but also java lately).

Stale artifacts and data on build and test machines, such as stale libraries or executables or stale test data from previous builds or runs.

Docker is an open platform for developers and sysadmins to build, ship, and run distributed applications. […] The Docker Engine container comprises just the application and its dependencies. It runs as an isolated process in userspace on the host operating system, sharing the kernel with other containers. Thus, it enjoys the resource isolation and allocation benefits of VMs.

Docker simplifies application distribution and deployment significantly by guaranteeing portability and standardization of environments; “Dockerized” apps, by bundling together the executable and any other dependency such as libraries, other executables and packages, are completely portable and can run anywhere (on physical or virtualized hardware, both local and remote).

Docker has been used (and praised) extensively for simplifying deployments, but it has a far wider reach than that, and has been used lately to simplify the build and test phases.

The idea is pretty simple:

Everything can be set up from something as simple as a good old Makefile, such as this, that we use to build Go projects:

(Unfortunately line numbers are missing due to a bug in Jekyll code formatting, working on it)

This approach has lots of advantages:

Too much effort? Try Drone

Drone is an opensource CI system built with this approach in mind; complete with a web UI and available also as a service, it provides a collection of pre-configured containers for different build environments (Scala, Go, Java, Ruby, you name it) and another for test dependencies (databases, brokers, etc).

It provides most of the plumbing, a complete CI system and only requires minimal configuration; a typical build config file looks like this:

Many areas are still work in progress, but there is already enough to get you started and lots of activity around it.

Assumptions, open issues and next steps

Some assorted notes and thoughts: 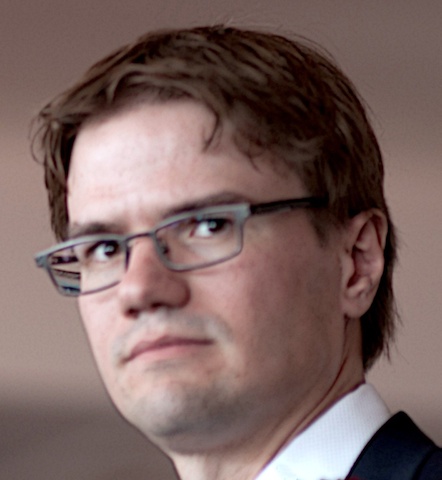